Dr Stephen and Kellie Swisher of Kenneth Copeland Ministries were the keynote speakers last week for the 21st Annual TBN EuroSpirit Conference in Amsterdam. More than 1,000 gathered from across The Netherlands, Belgium, Germany and France to hear about Faith and the power of God’s Word. 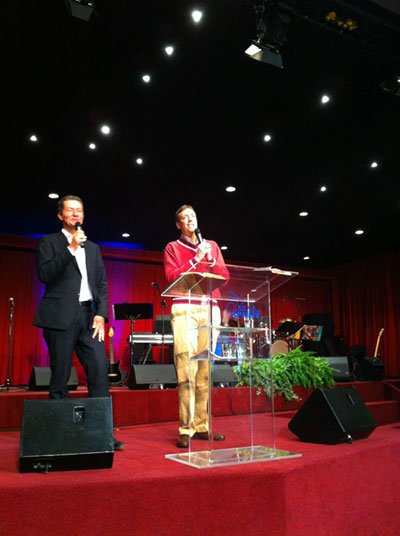 The meetings are being aired on TBN Europe into 83 Nations. During the meeting The Lord healed several people and a number of attendees accepted Jesus for the first time.

Also the Dutch language version of Kenneth and Gloria Copeland’s “Faith to Faith” book was made available for one of the first times in a large public gathering.